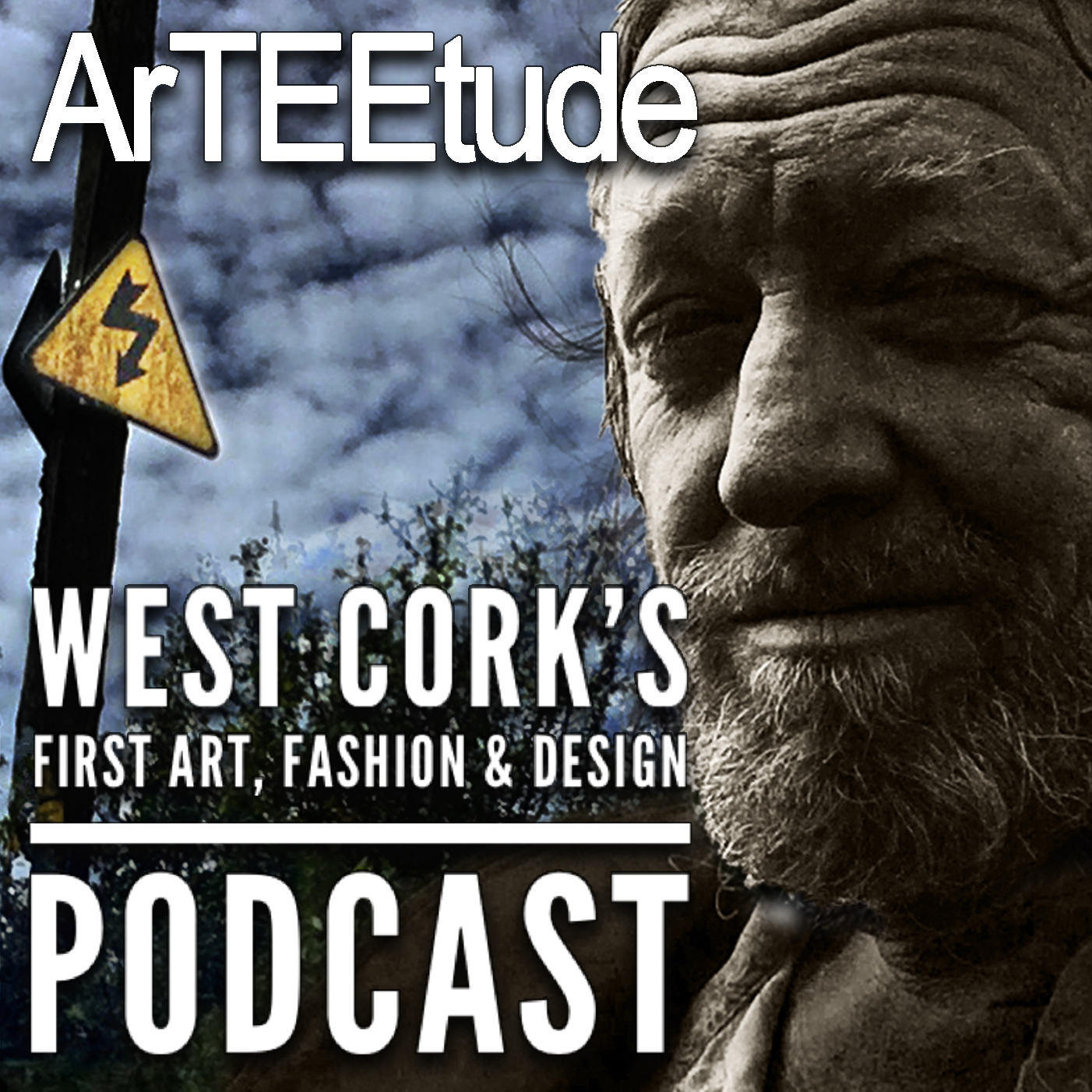 ArTEEtude. West Cork´s first Art, Fashion & Design Podcast by Detlef Schlich.
<h3><strong>A podcast with Artists created and produced by </strong><a href="http://www.detlefschlich.com/" rel="nofollow">Detlef Schlich</a>. Visual artist and ritual designer. Living and loving in West Cork and best known for his Essay about<a href="https://www.researchgate.net/publication/303749640_Shamanism_Art_and_Digital_Culture_Cause_and_Effect" rel="nofollow"> the cause and effect of shamanism, art and digital culture. </a>W<strong>orking in the field of performance, photography, painting, sound, installations, and film he will dive and discover with us and a weekly creative guest into the unknown and exciting deep ocean of the creative mind. </strong>Promoting works of art, exploring ideas, philosophizing about quirky attitudes and more. Little things matter. It´s all <a href="http://www.arteetude.com/" rel="nofollow">ArTEEtude</a>.</h3><h3><strong>For Schlich v</strong>isualising the artist and the artwork to the audience via a medium like a podcast as communications platform in the digital short attention span age of acceleration is still a challenge. You never get closer again.</h3><br /><br />Support this podcast at — <a rel='payment' href='https://redcircle.com/arteetude-a-podcast-with-artists-by-detlef-schlich/donations'>https://redcircle.com/arteetude-a-podcast-with-artists-by-detlef-schlich/donations</a>
Episode 12.2 Singer/Songwriter/Producer Kenny Dread and Detlef Schlich in an ArTEEtude talk about Dread´s time in Washington as white musican being on stage with bands like Bad Brains, Static Disruptors and more.
by Detlef Schlich

ArTEEtude is West Cork´s first art, fashion and design podcast created and produced by Detlef Schlich. He will dive and discover with us and the multi talent Kenny Dread into the unknown and exciting deep ocean of the creative mind. In this podcast, Dread and Schlich speak about Dread´s time as musician, stage-diving into the 1980’s Washington D.C. punk-rock scene. He recorded go-go anthem D.C. Groove with Static Disruptors in 1982 and toured the East Coast with go-go punks Outrage until 1987. The Static D’s and Outrage brought the funk to new-wave clubs like CBGB and Danceteria and had the skinheads skanking at hardcore hall shows.

The early 90’s found Kenny in the South of France performing with American expatriate rock band The Immigrants, and collaborating with members of that group to create his first solo foray, the dreamy folk-rock Walkin’ Down Your Street. A slow motion move to the West of Ireland inspired a more acoustic mode: The rootsy singer-songwriter album Powderhorn was released in 1997 with contributions from Asian-American guitar wizard Levi Chen and Windham Hill harpist Lisa Lynne, as well as a licensed adaption of poetry by Michael Ondaatje, author of The English Patient. Kirtan yoga chanting became a major focus from the turn of the century: Kenny Dread co-founded and produced Chicago chant ensemble Devi 2000, and performed with kirtan dignitaries Dave Stringer and Bhagavan Das.

Schlich is Visual Artist, Film Maker and Ritual Designer, living and loving in West Cork and best known for his Essay about the Cause and Effect of Shamanism, Art and Digital Culture and the video installation Transodin´s Tragedy. He is mainly working in the field of performance, photography, painting, sound, installations, and film. To research our human condition and create art work from this reflection he is using often the methodology of the digital-shaman as alter ego. Due to the pandemie and the following lock down Schlich had to stop his recent project, which was a digital crossover opera called Tribal Loop. Working on a new podcast concept and design, he produced and finally published the ArTEEtude podcast in August 2020. A new ArTEEtude episode is available twice a week on every common podcast platform.

Download here for free Detlef Schlich´s Essay about the Cause and Effect of Shamanism, Art and Digital Culture

Support this podcast at — https://redcircle.com/arteetude-a-podcast-with-artists-by-detlef-schlich/donations